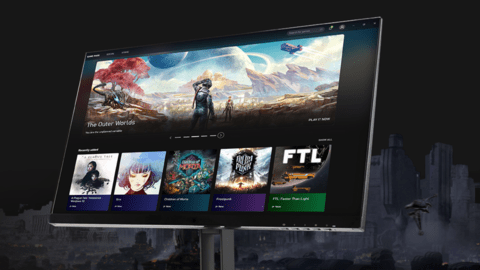 Microsoft has released its latest earnings report, and among the takeaways are some new numbers and data points regarding the Xbox brand. In total, gaming revenue for Microsoft grew by 16%. Hardware sales saw the biggest surge, growing by 166% thanks to “continued demand” for the Xbox Series X and S consoles.

CFO Amy Hood said on an earnings call that Microsoft shipped more Xbox Series X|S consoles than expected during the period, despite the ongoing chip shortage and other supply issues.

The growth in Xbox content and services revenue was also positively affected by first-party games, but was offset by “declines from third-party titles,” Microsoft said, though it did not name any titles outright.

According to Take-Two CEO Strauss Zelnick, Game Pass might have 30 million members–but Xbox boss Phil Spencer has pushed back on this.

On an earnings call, Microsoft CEO Satya Nadella said the Xbox division set records for monetization and engagement during the period. He added that growth is expected in the future with the launches of several key titles, including Halo Infinite and Forza Horizon 5, as well as the expansion of Xbox Cloud Gaming. Nadella also spoke about how many developers use Microsoft’s Azure services, including Bungie and Krafton.

Microsoft is a gigantic company and gaming is just one segment. Overall, Microsoft posted revenue of $45.3 billion (+22%) for the quarter ended September 30. In terms of income, Microsoft made a profit of $20.5 billion.

Xbox boss Phil Spencer recently spoke about how Microsoft plans to acquire even more gaming studios in the future. “We’re definitely not done,” Spencer said. “There’s no quota, no timeline where I have to go acquire studios by a certain time, but if we find a studio where we have a good fit… absolutely.”

Game Pass is poised for even more growth soon, Forza Horizon 5 and Halo Infinite releasing over the next couple of months.