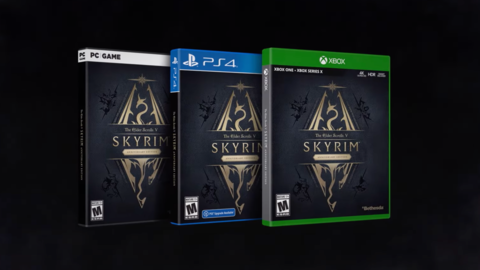 Bethesda’s impossibly popular RPG The Elder Scrolls V: Skyrim marks its 10th anniversary in November, and to celebrate, the company is launching the Skyrim Anniversary Edition. It’s described as the “most comprehensive” version of the game to date, and now Bethesda has shared a little more information about what to expect.

The Anniversary Edition comes with four new creations from Creation Club that add a variety of new activities. The Saints & Sinners content comes with two more quests, as well as more armor sets, weapons, and enemies. The Rare Curios creation includes plenty of new wares, including ingredients to make special potions and poisons. Also included is the Survival mode, which makes the world of Tamriel even harsher. You will need to gear up appropriately to survive the cold and you’ll have to find food to stay alive, all the while fighting off bandits and dragons.

Additionally, fishing is coming to the Anniversary Edition. There are more than 20 unique fish in the game that players can catch to eat or display in their homes. The fish can also be kept as pets and put into an aquarium. “With many of Skyrim’s fishing spots located in the region’s most breathtaking and tranquil spots, there’s nothing like unwinding on the shores as you tackle (pun intended) the questlines in this upcoming free creation,” Bethesda said.

Everyone who owns Skyrim’s Special Edition will get those four creations, and the Anniversary Edition comes with the Special Edition and all previously released Creation Club content, including the ones mentioned above.

Additionally, the Anniversary Edition includes more creations, including “Ghosts of the Tribunal,” which features more than a dozen weapons and armors from Morrowind. Another one, “The Cause,” features an encounter with the Mythic Dawn, as well as new enemies, weapons, locations, and a Daedric horse.

Those who already own the Skyrim Special Edition, they can buy the Anniversary upgrade to get the rest of the creations, though a price was not disclosed. Additionally, all creations can be purchased individually for prices to be announced later.

What’s more, Bethesda announced a change for Creation Club quests. All of them will no longer show up when you boot the game. “We’re aware some players found the rush of quests with a new character to be overwhelming, especially those who have many creations,” Bethesda said.

Looking ahead, Bethesda said it will have more news to share about the specific next-gen optimizations for Skyrim on PS5 and Xbox Series X|S to come in the future.

Bethesda continues to support Skyrim so long after release because people keep buying the game. Bethesda’s Todd Howard has said of Skyrim’s longevity, “If you want us to stop releasing it, stop buying it.”

Bethesda is currently developing a successor, The Elder Scrolls VI, but it’s still some time off. On the more immediate horizon is Bethesda’s sci-fi RPG Starfield, which releases in November 2022.