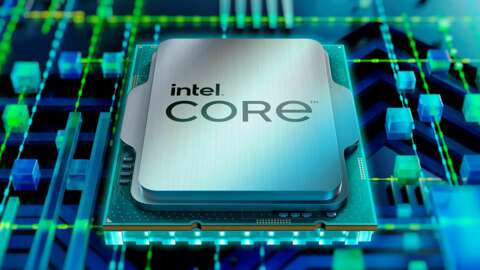 Intel’s 12th-generation CPUs, codenamed Alder Lake, have finally been revealed, and with them the company’s first foray away from 14nm desktop chips since 2015. It’s been a change that has been closely followed in the wake of AMD’s dominance in the market, and it seems Intel might finally be ready to fight back.

Alder Lake represents one of the biggest changes to Intel’s CPU approach in recent memory, following along a similar path to ARM processors and, more recently, Apple’s approach with its incredibly powerful M1 chips. The flagship Alder Lake chip, the Core I9-12900K, ships with 16 cores and 24 threads, which might be confusing at first glance. The discrepancy is due to a split in the architecture, with Alder Lake featuring both Performance and Efficiency cores.

Intel is promising big improvements over the last generation

Like Apple’s M1, Alder Lake chips can delegate processing-hungry tasks to their primary, and more powerful, performance cores, while utilizing clusters of efficiency cores to run less intensive tasks and reduce power consumption. This allows the performance cores to drastically ramp up clock speed when required, with Intel rating its fastest chip with a Boost Clock of 5.2GHz, thus earning its name of the “world’s best gaming processor.”

This also means Intel is reporting on power consumption a bit differently. Across the entire range of Alder Lake chips, from the base Core i5 to the stacked Core i9, all the processors will feature a base TDP of 125W. This is what Intel says is required to run the chips at a stable and consistent clock speed, with the chips featuring varied Maximum Turbo Power figures for when they all dynamically increase the speed of individual cores. The “K” variants of each of the three new chips come into play here, too, with these more expensive versions offering base boost profiles that can always sustain a specific boost clock speed across all cores, which is quite handy.

Alder Lake also introduces support for future PC hardware, such as DDR5 RAM and PCIe Gen5. A new chipset is required for the CPUs too, considering their increased size over the last half-decade of Intel processors. New Z690 motherboards will arrive with Alder Lake next week, when Intel launches its three new chips on November 4.