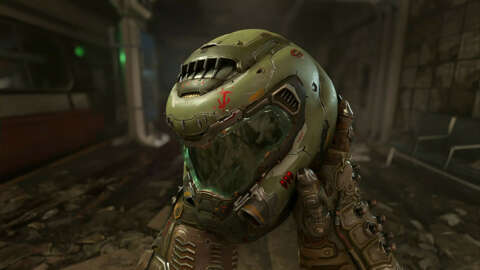 A major update for Doom Eternal has arrived, the primary component of which is the new Horde mode. This single-player mode will challenge you to think and act even faster than usual, as you’re in a constant rush to eliminate your opposition without dying to maximize your score. But alongside simply laying waste to everything put in front of you are optional milestones that unlock corresponding rewards, all of which are new for Horde mode players.

Below, we’ve put together a rundown on all of the available milestones and the rewards you can expect for each. These are all a mix of the usual types of cosmetics that Eternal players will be used to: titles, podiums, stances, intros, and other ways to help you customize your look both in the game’s menus and when jumping into Battlemode with other players.

Fortunately, many of these milestones are fairly straightforward and are the sorts of things you’ll accomplish by playing Horde mode. Others will prove much trickier, requiring you to play on Nightmare difficulty, which is no joke. Some milestones also involve completing bounties, which are sets of optional objectives you’ll be presented with during each Horde mode mission; they might involve getting different types of glory kills on specific enemies or destroying certain weakpoints. Again, you might do these just by playing, but if you’re looking to complete all of these milestones, you’ll want to pay careful attention to bounties as they come up (particularly gold ones) to ensure you’re destroying the minions of Hell in the particular way you’re asked.

Alongside these milestones are a separate set of rewards that you’ll earn just by reaching certain point thresholds. These don’t need to be completed in a single run, so each time you play, you’ll make progress toward them. There are two sets of master collection rewards to complete–Classic Doom 2 Marine and Biker Slayer–each consisting of more cosmetic items to customize yourself with.

Re-collect all of the weapons on the weapon wheel

Complete Horde mode with 20 extra lives in your inventory