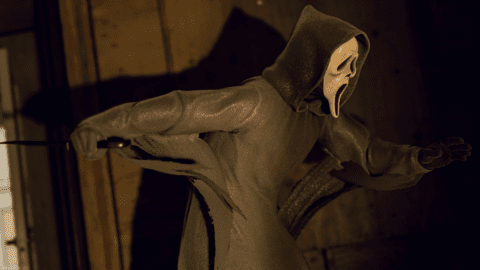 Call of Duty: Black Ops Cold War has received a new patch as the game enters the final week of the Halloween-themed Haunting event. The October 26 update makes changes to the Infected mode and brings about new stability improvements and bug fixes for Zombies.

Additionally, the battle axe weapon now has improved hit registration across multiplayer and zombies. For the Infected changes, the match timer now adds 10 seconds when a survivor is killed. As for the stability improvements, Zombies players can expect fixes for upgrade machines, pumpkin heads, armor spawns, and weapon rarity, among other things.

The existing Nuketown Halloween, Scream Deathmatch, Infected, and Hallows’ Eve Outbreak modes remain in the Featured playlist hopper for the final week of The Haunting. One new playlist, Gunfight Blueprints, has been added for this week.

Looking ahead, the next double XP weekend begins this Friday, October 29–it offers double XP for progression, weapons, and the battle pass, so it’s a good time to play to rank up faster.

Activision is going big to promote the Haunting event. In London, the company set up a prank of sorts that features zombie heads that move and spray some type of liquid at people stopping by to pose for a picture. Check out the video above to see what happened.

Battle AxeAddressed an issue that could prevent hits from the Battle Axe from registering properly on nearby enemies in Multiplayer and Zombies.

InfectedKilling a Survivor now adds 10 seconds to the match timer.

Addressed an issue that prevented the “Trick-or-Treat” event Challenge from unlocking in Zombies during The Haunting.