The DMS4 S.E. [Special Edition] Pro is the ultimate of PS2 modchips, ideal for users who require only the best!! The DMS4 Pro Mod Chip is a reliable and fully-featured Modchip at a reasonable price.

It is the follow-up of the DMS3 which set the standard for PS2 Chips. The ultimate upgrade for the hardcore PS2 user! Compatible with All Versions Including the NEW V12-V16 PSTwo Slimline. Multi-Region and Hard Drive Compatible.

The fourth-generation has arrived. DMS4 SE Professional offers amateur coders and developers the ability to boot “Homebrew” applications on their console, for development purposes. Furthermore DMS4 S.E. Pro allows you to watch Multi-region DVDs on your system. Compatibility is comprehensive (Jap/USA/Asian V1-V14).
The feature-packed big brother of the DMS4 S.E. Lite has a 2MB flash to store Homebrew ELF files within the internal flash memory. For example run HD Loader, or any other cool app by installing the latest ToxicOS. The DMS4 SE Pro has all the features of the Lite, further, it boasts enhanced security, larger flash memory and will have extra features added in software at no extra cost in future update builds. This includes the ability to run HDLoader off of the DMS4 SE PRO and store/play games from a Hard Drive!

This new DMS4 SE Pro modchip has an unrivaled boot success rate and compatibility. The boot rate of the DMS4 SE Mod Chip is right at 100%. The DMS4 SE Mod ChipSupports V1-V14 USA/ASIAN and PAL Playstation 2, including the new slimline console.

With the DMS4 S.E Mod Chip, you watch all-region DVD movies thanks to DVD region Free with RCE support.

The Special Editions (S.E.) of the DMS4 offer new advantages and refinements to two very popular products.
DMS Tech. have continued development to make several main improvements to the DMS4 range, the new S.E. versions of Lite and Pro offer: 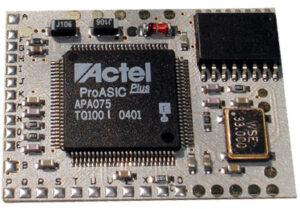 Be the first to review “PlayStation 2 DMS4 S.E. Pro ModChip for PS2 V1-V16! Works on All Slim PSTwo!!” Cancel reply